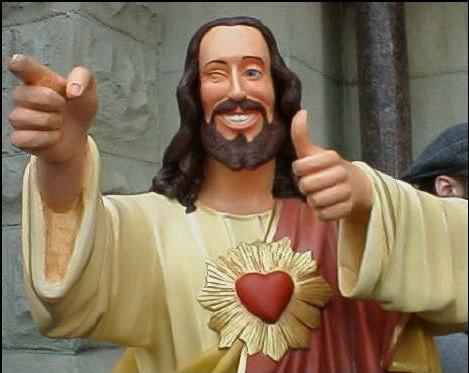 I was recently asking my peers how to go about procuring a free copy of the Bible. While ultimately it was a Google search that answered my questions (if there is a god, its name is Google), I did receive an awful lot of advice. Unfortunately a lot of the advice had nothing to do with the question, and was more answers to questions I didn’t ask, such as “How should I go about reading the Bible?”, “What is the best way to interpret the Bible?”, or “What other holy books should I read?”

Incidentally, I had by that time already read most of the Bible. I was raised Catholic after all and if I didn’t read something directly out of the Good Book itself (the ‘G’ is capitalized because it works as a title, but hardly as an appropriate descriptor) then I probably read it out of a tract, heard it in one of my weekly youth classes or at church, or saw it in one of my illustrated, dumbed-down children’s versions of the Bible. In any case, I did not need the answers to any of those questions. In due time I will study other religious texts but for now I just needed a hard copy of the Bible for referential purposes. Something I could earmark, highlight, and write on. As I said, I eventually found a website (via Google) offering to send a free Bible to anybody.

But that’s all beside the point.

Among all the unasked-for suggestions was one that really stood out to me: “Start with the New Testament.”

The Old Testament begins with the phrase “In the beginning.” The New Testament begins with a boring old genealogy. Nothing grabs my attention quite like a family tree. Oh, except maybe the creation of the freaking world, a massive flood, a dude getting eaten by a whale, and plenty of fire and brimstone. So there’s that.

But then it hit me. Seriously, why would somebody recommend the New Testament first? Brainwashing. If you want somebody to believe your god is worthy of being worshiped, you’ll want them to skip all the gruesome bits about him committing genocide, torturing animals, condoning slavery, slaughtering entire families just to test a single man’s faith, having children mauled by bears, and dashing babies against rocks and go right to the part about Jesus healing lepers and turning the other cheek. Plain and simple, it’s brainwashing. Then by the time you get around to reading about your god’s brutality, you will have already been infected by the disease called Christianity and nothing will sway you. That’s how you do it, folks. Grab somebody’s attention with the good stuff and when they hear about the bad stuff they’re more likely to shrug it off.

Brainwashing. Jesus is the buffer that makes the treachery seem less treacherous.